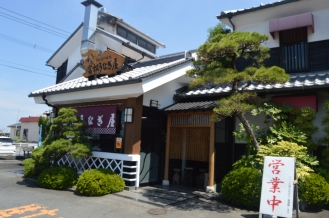 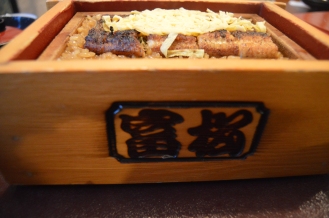 Another Type of Unagi 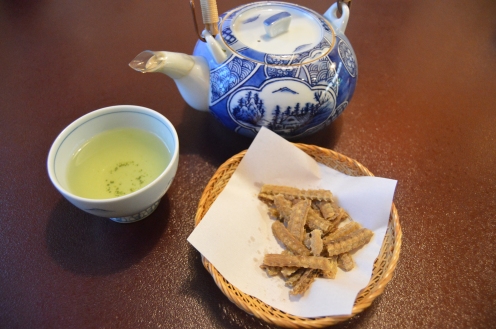 Can’t have a meal without tea

Bones of my enemies

I ate eel. I ate Ursula’s minions, Ariel’s enemies. I ate the most wormy looking creature in the sea and I loved it.

Most Americans that I know probably wouldn’t eat eel, and even now it’s still weird for me to say I ate eel. I feel it’s better to call it what it’s called here in Japan which is, unagi. The majority of my opinion around unagi has been formed from movies I’ve watched like The Little Mermaid and my rare interactions with Chinese grocery stores. Neither of those things give a good impression of unagi. In The Little Mermaid, eels are ugly, mean, and have disgusting voices. I would much rather eat friendly Flounder rather than eels.

Does that mean I like to eat my friends?

When I go to Chinese grocery stores in the US, they don’t look especially clean, and the tanks with the fish really freak me out. Which brings me to the last influencer on my image of eels. I grew up around the Rocky Mountains in the United States. To me, seafood means a fish fillet, shrimp with no heads, and the occasional crab or lobster tail. I was not raised with the culture that nearly everything in the sea is edible. If it doesn’t look pretty alive, it ain’t going to taste good dead.

So I tentatively ate eel, no – unagi – when I got to Japan. I’ve tried it a couple of times now and maybe I can describe the taste. Unagi is soft in texture, thicker than salmon, and doesn’t smell fishy. There is sauce on top of the unagi that is very sweet, my SO just calls it unagi sauce. It is not teriyaki sauce, because teriyaki refers to a cooking style, whereas teriyaki sauce is American made. Imagine that you want to eat teriyaki salmon in the US. The taste is very similar, but as I said before, it’s soft, very soft. It kind of melts in your mouth, it’s a soft mellow but strong flavor, and it’s not salty. It’s very enjoyable and a must do when you come to Japan. If you eat it in the Kanto region which includes Tokyo, it can be very expensive, but if you come down to Kyushu island and that region, the major city is Fukuoka and the unagi is reasonably priced. From an economics perspective it is better to eat it here. The dish I had was 2,200 Japanese Yen (about $20 USD) and it came with unagi, rice, tsukemono (pickled vegetables), clear unagi soup (more on that later), and a sweet vinegar salad. The stereotype that Japanese don’t eat anything is completely wrong by the way. There is so much food, all the time.

Plus there were unagi bone chips, which are deep fried vertebrae. It sounds weird but it’s salty and delicious. It also makes a loud crunch sound when you bite into it. Whenever I heard that sound I thought, “I am eating the bones of my enemies.”

Please go to Japan and enjoy unagi. If you would like to learn more about Japanese and Japanese culture please click here.